I went out with a new kayak buddy yesterday. Set out at 7:30am and returned at 4pm!- paddled out from Changi Ferry Terminal all the way to the southern tip of Singapore - about 4.5km one way. Coming back was tough though - against the current so effectively doubled the paddling distance. I guess with the current flow as it was, we must have paddled at least 15km!

Way to go Pearly! It's great to see those pictures of the fish you caught. I am glad to hear that your fishfinder is working so well for you also. It looks like a great setup you've go there. How did you rod holders do? The Expedition really is a good looking kayak, isn't it. Congratulations!
Daddy-O
**EDIT** I just looked over your pictures again and noticed you IKEA sea anchor. Don't tell me that it is one of those IKEA shopping bags that you have dragging behind your kayak!

It is an IKEA bag! Just tie each end of about 10 to 12 feet of 100lb mono to each handle, cut a 1inch hole in the centre of the bottom panel and voila - DIY sea anchor! Works a treat. 2 would slow you down even more, but I'm OK with just 1. Just tie it to a convenient place on the yak (I just pass the line behind the seat strap), push it into the water and let it drag. To retrieve it, just pull on the top line and it comes in easy.

As for the fishing, Singapore is totally over-fished as they don't have any bag limits or size restrictions in place. A lot of people fish around this small island and take everything they catch, no matter how small, so it is increasingly difficult to get a decent fish. We are surrounded by netters and long-liners with no limits. A group of us are trying to promote catch and release, but it is an uphill struggle!
Last edited by Pearly on Mon May 18, 2009 10:09 pm, edited 1 time in total.
Top

I think those rod holders look better now. How long are they now? BTW, I bet you could reach those things a lot better than my fat carcass could.

The holders are 11 inches long - they would have been 12, but I only had one piece of tube left - and it was 22 inches long! Shop shut, impatient, what to do?? 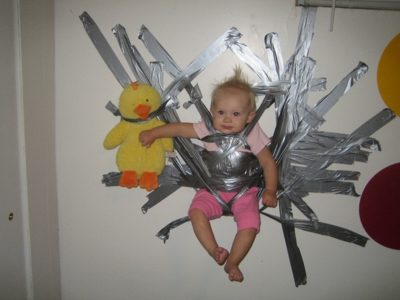 As for the Duck Tape (Duct Tape) - not recommended.

Found some Apollo Gaffer Tape - doesn't leave a sticky residue, so I can place the transponder each time I go out.
Top

Decided to try the East Coast today. Set off from the Fort Road end, but had a bit of bad luck. As I was setting up, I noticed a black mark on my pump. Now where did that come from? Oh no! Looked down at my feet and they had black crude oil between the toes and on the sides of my feet! After wiping that off, I noticed small balls of oil scattered on the beach and in the water! That was a bad start, but what to do? Keep fishing.

Hi Pearly,
Thanks for sharing your adventures.
I just ordered an Advanceframe Convertible from the boat show in Singapore & shoud be getting it end May.
After the boat show, came back and Googled to see if I could get any info on advanceframe in Singapore & stumbled on your tread.
Seeing you having a great time with your kayak has affirmed my purchace and am looking foward in getting mine

I'm also into fishing, and your tread has given me some ideas of how to rig up the kayak.
Top

PS: I bought everything from Air Kayaks. Fast response, fast shipping. Real great. Compared to another vendor I am now dealing with, which is like argh!
Top

Hi Tian Chang,
Lucky you, getting a new kayak & having a trip with it.

Looking forward to kayaking together, with a nick like "Lure_Angler, I take it as you fish as well.
I've been boating for a long time with several boats passing through my hands but they are all powered boats, kayaking is new to me.
Top

Pleased to see you made it to this forum too!

We really will have to have a kayak-fishing meet soon. I've found some really cool places to fish now. Lure fishing and bottom fishing available.
Top

Canâ€™t put a price tag on having fun & being at sea.
Just like the advertisement from mastercard - â€œItâ€™s pricelessâ€￾
Top
Locked
331 posts