Get advice on which kayak may be best for you. Compare the different models. "VS."

So when I was originally comparision shopping the Firefly and the Sevylor Quickpak 1 were the two kayaks I had narrowed my choice to. I ultimately got the Firefly because it has better valves, and the outer cover.

Well now I just got a used quickpak off ebay because fedex lost the Dragonfly I ordered to paddle with my kids, and no one will refund me, so I needed to go cheap. I got the Quickpak for 100$ shipped used. They are going for $250 new now, which is also the Firefly's new price.

I will be trying to Quickpak on the water tomorrow while my boys use my firefly, but here are my initial comparisons:

The Quickpak is a bit bigger then the Firefly and lack of a deck means much room and probably easier to fish from as well as getting on and off
The Quickpak also has a higher carrying capacity though it seems to weigh several pounds less
The Quickpak comes with a pump and paddle, but the paddle is really cheap
The secondary air chambers on the Quickpak are pretty small and I don't think would do anything useful if the main chamber pops

The Firefly has that tough outer cover
The Firefly has good valves, not cheap crap. Although the main chamber on the Quickpak has better, bigger pinch valves, they are still pinch
valves and would be illegal to put on anything over $50 if I were King

Fireflies now come with seats, the Quickpak has an inflatable seat
I think the AE bag is better than the integrated pack on the Quickpak but I haven't tried it yet

Overall the Firefly is definitely higher quality without a doubt due to the outer skin, two main chambers and much better valves
The Quickpak is larger, lighter and easier to get on and off

If the Quickpak was still selling for $150 dollars you might be able to make a case for it, but at the same price the Firefly is better without a doubt if you can fit into it. I honestly don't even think the quickpack is worth the $100 I paid for it used, but it's the cheapest option right now. 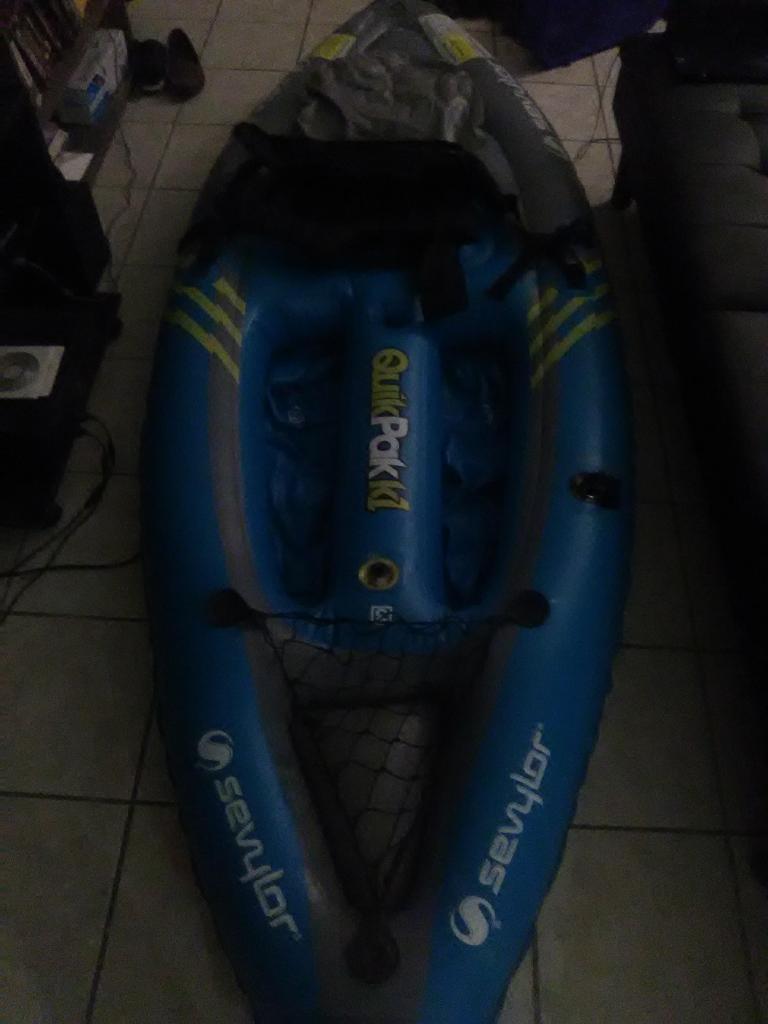 So I got to paddle the quickpak and it paddles quite nicely. It doesn't waggle quite as much as the Firefly and of course my feet weren't jammed, though leg room isn't really that much more maybe just an inch or two if you use the foot rest thingy. However, the backpack as a seat was uncomfortable for me, though I may not have had it set up correctly. Also the secondary and tertiary air chambers are small and wouldn't be able to hold you if the main chamber pops, but it was fun overall, though not nearly on the same level of quality as AE boats. I think it's best for ponds in fair weather. Also the included paddle is really cheap and wouldn't stand up to much. I'm going to try to sell the paddle and pump as I don't need either.
Top

Thanks for the comparison! You are right, it is important to notice how a tall or heavy person will feel different from a short or small person in a small boat. Experiences really DO vary.
I like that you mentioned the carry bag.
Top
Post Reply
3 posts • Page 1 of 1