Since I have two intex pumps now I thought I would post something on them. I bought the double quick III at Walmart for $10 when I first got my Firefly. It is large and only takes about 5 minutes to fill the kayak. For some reason the end likes to try to unscrew sometimes and you need to tighten it, but it works pretty well overall. The only real problem with it is the second main chamber (the primary one) the hose pops out of the valve easily so you often have to hold it while pumping which is annoying.

In September I bought a rubber raft for a trip because I didn't want to lug my firefly across the country and pay to check it in twice. That was a big mistake as the raft only worked twice before it popped from branches or rocks. Anyways it came with a tiny intex pump, so now I have the Doublequick I as well. It takes about twice as long to fill the Firefly, but it's much smaller and lighter. I would recommend it if you are going to carry the kayak very far from the car. Also I was able to fit it and the carrying bag under the bungie straps on the deck of the firefly, barely. Something to consider if you are somewhere were you don't feel safe leaving the bag on the shore.
Top 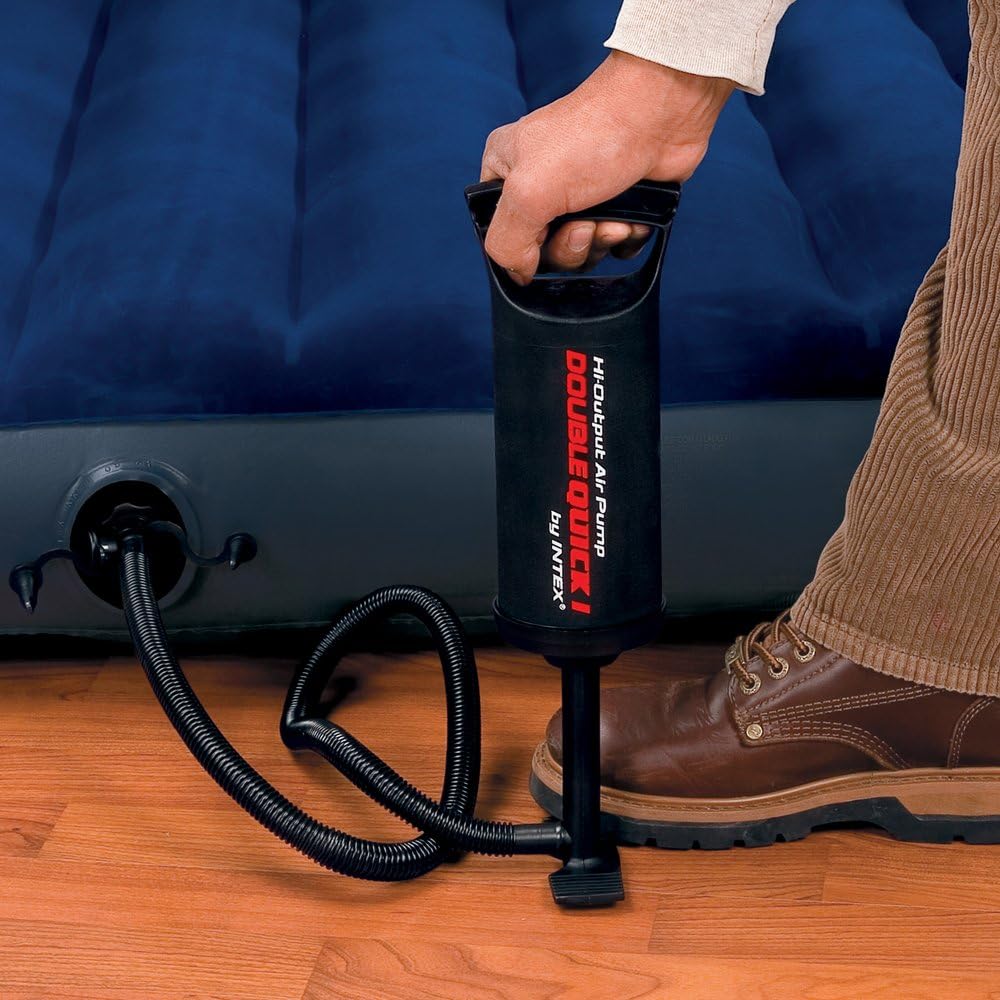 I have a little Doublequick pump, too! It gives me confidence to have a small pump with me when out for a day paddle, as well as the large pump in my gear bag onshore.
This little pump is a terrific "second" pump, especially when there are two or more inflatables in my group or when I'm kayak camping.
Top
Post Reply
3 posts • Page 1 of 1